Home » Blog » Get The Facts About Laser Cataract Surgery

Get The Facts About Laser Cataract Surgery

Get The Facts About Laser Cataract Surgery 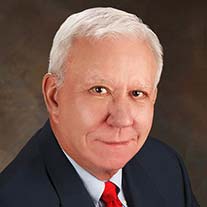 Recently some surgeons have been offering their patients cataract surgery that uses lasers in place of traditional tools. Laser cataract surgery is newer and more expensive, but is it better? Dr. David C. Brown explores the latest science in this special update.

Cataract surgery involves removing the clouded natural lens of the eye and replacing it with a clearer synthetic lens. It’s one of the most common and successful surgeries today, being performed three million times each year in the United States.[1]

Decades ago, cataract surgery wasn’t as common or successful. In the 1960s, surgeons made large incisions in the eye to remove the lens in one piece. Patients required general anesthesia, sutures, and more than a month of recovery time.[2]

After the 1960s, surgeons began using a needle vibrating at ultrasonic speeds to break the lens into extremely small pieces and remove it through a tiny incision. The incision was small enough to heal on its own without sutures, which decreased recovery times and rates of infection.[2] Cataract surgery now enjoys a 98% or higher success rate.[1]

Since it was introduced to the United States in 1999, LASIK has proven that powerful pulses of light can do some things that metal instruments can’t. Lasers have sculpted the natural shape of the eye accurately enough to improve nearsightedness, farsightedness, and astigmatism for millions of people.

Can similar laser technology enhance the ultrasonic needle of traditional cataract surgery? Some cataract surgeons think so, but new scientific studies are beginning to tell a different story.

Does Laser Cataract Surgery Cause Swelling in the Retina?

According to an analysis of 15 scientific trials and 22 studies published between 2007 and 2016[8], there was no statistically significant difference in the visual acuity of patients who underwent laser or traditional cataract surgery. And while laser cataract surgery showed an improvement in some surgical outcomes, it also was associated with higher prostaglandin concentrations (the body’s natural response to injury) and higher rates of capsular tears (damage to the extremely thin capsule, or membrane, that holds the lens in place). These findings led Medscape (http://www.medscape.com/viewarticle/868222) to compare the two forms of surgery as “equivalent”.