Home » Blog » How Often Should I Get an Eye Exam?

How Often Should I Get an Eye Exam?

Posted by: Eye Centers of Florida in Eye Health

How Often Should I Get an Eye Exam?
The Answer May Not Be What You Think

Eye exams are crucial to your eye care, and your overall health. Our comprehensive eye exams at Eye Centers of Florida will cover your vision prescription, a variety of eye functions, common eye diseases, and even evaluate you for potential risk factors. These exams are often your first line of defense between you and any eye problems that might arise.

At the same time, we know that you’re busy, eye care tends to slip your mind when you’re juggling responsibilities. We understand why you might wonder how frequently you really need an eye exam. To make it easier for you, we’ve prepared the article and chart below, so you can figure out when to book your next appointment with us.

Eye Exams for 0 to 5-Year-Olds

Infants and toddlers should have an eye exam during their first 12 months of life, and then again at 3 years old. That said, babies develop at different rates. You should trust your pediatrician’s advice, as they will know your child’s needs best at this stage. 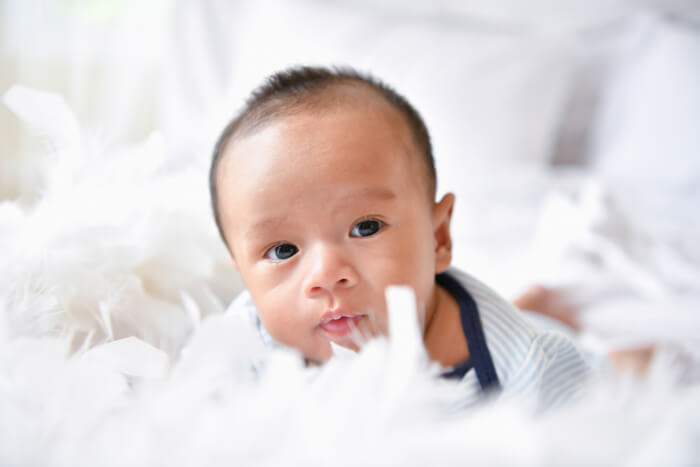 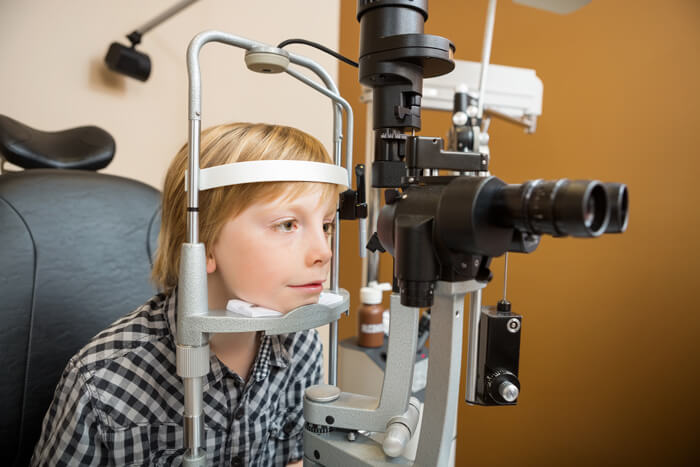 Generally, children should get an eye exam every two years if they don’t have any known eye problems. If they have any eye diseases or poor vision, they should have an eye exam annually.

Regardless of how often your child comes in for an eye exam, you should schedule one for them before they begin school. It’s estimated that 80% of the information presented to children before age 13 is visual.

If your child can’t read the board from their classroom seat, or focus on the words in their books, they’ll struggle to keep up with their education. Regular eye exams ensure that your child has healthy eyes, accurate vision, and can see everything they’re expected to in school.

Symptoms of Vision Issues in Children

Many kids won’t be able to tell that they have vision problems and some may even be afraid to communicate them. Their parents and guardians, however, can look for telltale signs indicating that there’s an issue. These include: 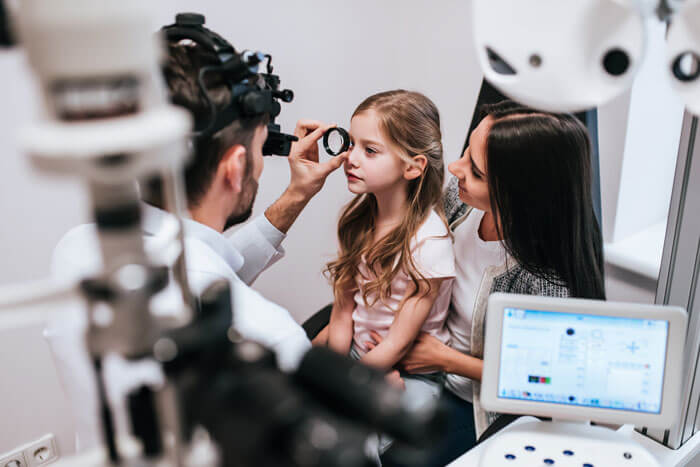 Certain issues of the eye are more common in children than others. Colorblindness or focusing/refractive issues which lead to nearsightedness or farsightedness come to mind first. While these are important to look out for, there are two other very common issues: strabismus and amblyopia.

Strabismus is when a person has crossed eyes, or eyes that don’t line up correctly. It has several potential causes, but can generally be treated and corrected, as long as it’s noticed early enough. Failure to address strabismus can lead directly to amblyopia.

Amblyopia, which is also known as “lazy eye,” is when an eye loses the ability to focus on details. If untreated for too long, the brain will “ignore” the bad eye’s vision, and the eye will get worse. As with strabismus, though, it can be corrected if treated early.

Most adults are recommended to get an eye exam every two years if they don’t currently have any issues with their eyes, and every 1-2 years if they have vision issues or are at risk for any eye diseases. Eyes tend to stabilize during this time, and changes to vision are slower than during adolescence and puberty. In addition, many lifelong conditions — such as nearsightedness, farsightedness, and astigmatism — may already be diagnosed.

That said, keeping up with your eye exams is extremely important, both for maintenance and prevention. Ignoring issues like dry eye or eye strain can lead to complications later. Prescriptions can dramatically change over time. And, many eye diseases are far easier to treat if they’re caught early. 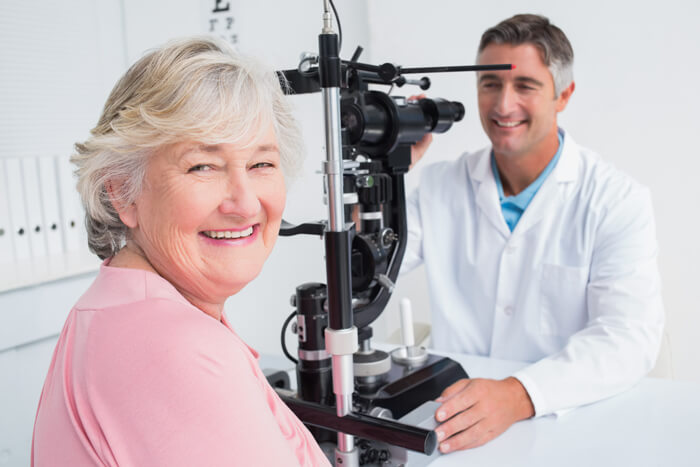 AMD, or age-related macular degeneration, is the leading cause of vision loss in people over 60, but begins developing earlier in life. The natural aging of the macula (in the center of your retina) causes issues which damage your retina and lead to loss of central vision when left untreated.

Cataracts are the clouding or blurring of your vision caused by the natural aging of your lens. While they aren’t usually noticeable until your 60s, they typically start developing in your 40s. The more “mature” cataracts get, the more difficult they become to treat or remove with cataract surgery.

Glaucoma can be hard to detect until later stages, but by then, it’s harder to treat, and vision lost to glaucoma is usually not reversible. This collection of eye conditions involves pressure building up in the eye, which damages the optic nerve. It’s the leading cause of blindness in those over 60, but begins developing far earlier.

Presbyopia is another lens-related issue that begins around age 40. Rather than causing cloudy vision, though, the lens becomes worse at focusing over time, making near vision worse. It can be addressed with contact lenses, glasses, or some eye surgeries, but can cause headaches and eye strain if untreated.

Eye Exams for 61-Year-Olds and Up

People over 60 years old are at greater risk for many of the eye diseases discussed in the previous section. Because of that, keeping up with the changes caused by your aging eyes requires slightly more attention than before. That’s why it’s recommended that those who are 61+ get an eye exam annually, and sometimes more frequently.

Everything that would start developing earlier in adulthood — AMD, Cataracts, Glaucoma, Presbyopia, etc. — often demands management during this time. If it wasn’t detected before (or wasn’t vision-altering before) it may become that way.

At Eye Centers of Florida, we know how important eye exams are at every stage of your life and the lives of those close to you. That’s why we work to build lasting relationships with our patients, so that we can provide consistent, compassionate, and expert care for your whole life.

We have locations across Southwest Florida to make it as easy as possible for you to receive eye care with us. Call us at (239) 320-7342 or request an appointment to learn what our comprehensive eye exams can do for you.

Many of our patients ask us, “How often should I get an eye exam?” Good question! Here’s a summary from the American Optometric Association:

What does “at risk” mean? You should ask your physician for the specifics, but generally it includes people who have diabetes, glaucoma, or macular degeneration and people who’ve had eye surgery.

When was your last eye exam? Has it been too long? You should let us know!